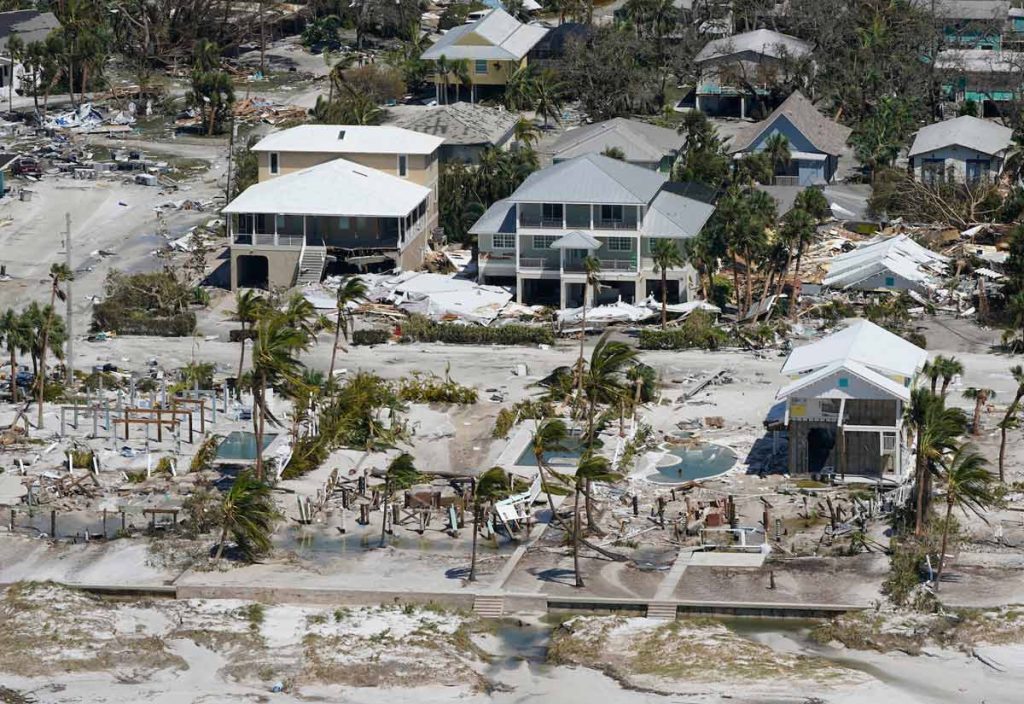 “Ian will go down as one of the most damaging and impactful storms in U.S. history, along with 2017’s Hurricane Harvey, which caused $190 billion in total damage and economic loss,” –  AccuWeather Founder and CEO Dr. Joel N. Myers

Hurricane Ian has reignited the debate over the wisdom of building “permanent” infrastructure on the unstable sand barrier islands that protect mainland coasts in Florida, Georgia, and the Carolinas.  “Accumulations of sand aren’t permanent but are home to whole communities.” as the Smithsonian magazine stated in an article way back in 2011.

Ian made landfall on Florida’s barrier islands at the upper limit of Category 4 hurricane strength. With steady winds at 77 mph and gusts up to 107mph, the hurricane devasted the Sanibel Causeway bridge.

The causeway consists of three separate two-lane bridge spans, with two man-made causeway islands between them. The entire causeway facility is owned by Lee County and operated by the Lee County Department of Transportation.

One section of the Sanibel Causeway, the only bridge that offers access to Sanibel Island, collapsed on Wednesday night. The inevitable failure occurred after Hurricane Ian pounded the island with Category 4 winds and storm-driven waves that crashed over and submerged the island’s pier. 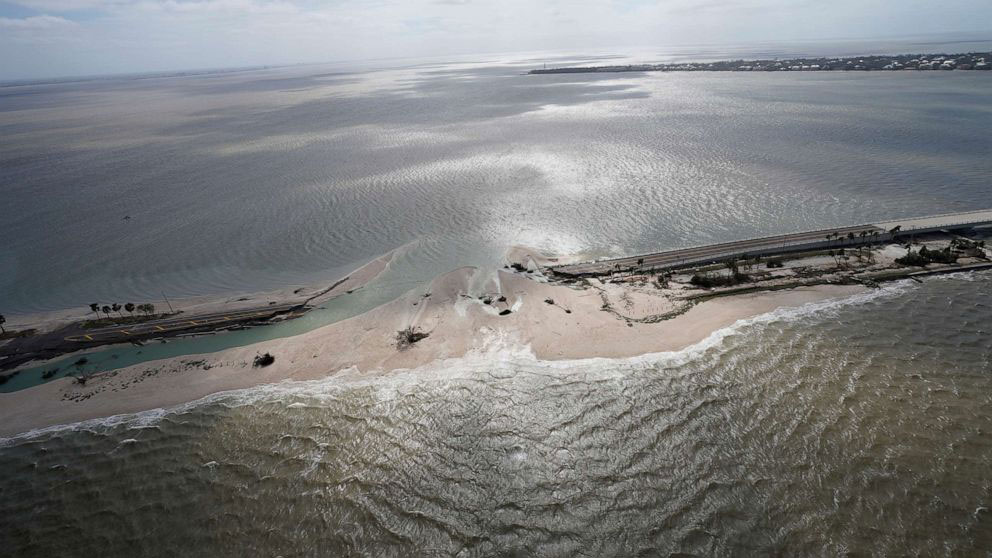 Sanibel Island, with about 6,500 residents. is a barrier island located just south of where Ian made landfall, a time and location where the hurricane was at its most intense.

How long will it take until repairs can be made? Should repairs be made at all? With 6500 residents, going back to the ferry boat system that ran from 1912 to 1963 for transportation to and from the mainland at Punta Rassa isn’t a practical option.

These are the questions to answer for Sanibel and Lee County’s citizens,  but only after engineers can assess the damage to other Ian-pounded sections of the Causeway. Questions that will surely bring the debate about the significant investment required for constructing barrier island infrastructure to the forefront once again.

The Barrier island construction controversy is hardly a new issue in 2022. Driven by top-of-the-market demand for valuable ocean-view real estate, the risk-reward factors are often overlooked by folks seeking to build their own sandy island paradises.

“When I first learned about barrier islands, back in high school, I couldn’t believe that people would live on one. That’s because barrier islands aren’t permanent; they’re just accumulations of sand that form off the coast (many can be found on the U.S. East Coast). And it’s a natural state for these islands to grow and erode and get washed away.”- Sarah Zielinski -Award-winning science writer-Smithsonian Magazine

After World War 2 the federal government tended to encourage development of barrier island communities and the infrastructure required to support them. Since the 1970s, as environmental awareness increased, the US federal government has wisely refrained from outlawing habitation on barrier islands, but they’ve made it clear that island development will get no federal funding to help with the efforts.

Under the Coastal Barrier Resources Act (CRBA) limits on Federal financial assistance are in place for barrier island development-related activities, such as the withdrawal of  funding for:

How Much Will it Cost to Repair the Sanibel Causeway?

We’re a far cry away from the days when the current version of the causeway bridges cost just $137 million back in 2004 and 2007. That’s when the 3-bridge version replaced the deteriorating structure first opened in 1963. The Sanibel Causeway has required major overhauls since 1991, with an ongoing repair and replace history to fight deterioration under the relentless assaults of sea, salt, and constantly shifting sand.

According to a Skytech report, causeway repair costs could approach $214 million in 2022 dollars. Florida Governor Ron DeSantis declared that the Causeway, as well as nearby Pine Island Bridge, is completely impassible after suffering severe damage in the Category 4 storm.

Governor DeSantis hit the nail right on the head when it comes to the problems involved when building permanent infrastructure on “temporary accumulations of sand” as the  Smithsonian’s Sarah Zielinski so succinctly describes the precarious barrier island foundations. According to Zielinski, the erosion of barrier islands is an unstoppable force of nature. Environmental concerns also play a role, as manmade structures allegedly disrupt the natural protective barriers that give the islands their name.

DeSantis said on the Friday following Ian’s strike that:

“The three-mile causeway had breaks in multiple parts of it. It was not where the water and the pylons were, those held up very well. It was where you had some on the sandbar, and that [sand] got washed out from underneath.”

The Tampa Bay Times reported that “pavement on the island is folded up like an accordion, ripped to ribbons by a powerful storm surge.” The journalists on the scene soon confirmed that a section of the causeway had been completely wiped out by the storm.

For a civil engineer barrier islands offer the chance to build enormous infrastructure projects that can become their enduring legacy. Project options proposed and debated by the citizens of Sanibel and Lee County in the past included high-span bridges, drawbridges, and artificial reef creation in the San Carlos Bay and Gulf of Mexico using the demolition of the old bridges for materials.

Either that or barrier island residents will need to get used to waiting in line for the next ferry boat, as they did from 1912 to 1963.

Civil engineering and construction is just one of the heavy industry sectors that we specialize in at Resource Erectors. We bring decades of industrial recruiting and placement experience for companies seeking the top professional talent in mining, manufacturing, quarries, industrial minerals, aggregates, bulk material handling, safety, sales, and more.

When you’re ready to bridge the gaps as a top professional in your heavy industry career, Resource Erectors has the connections you need to climb to the top with the companies who recognize that their human assets are among their most important assets. Six-figure career enhancing opportunities are available on the job board now so check them out and don’t hesitate to contact us today so we can all get to work.

Dan Duszynski
CEO and President of Resource Erectors, Inc.. A search and recruitment firm serving the mining and mineral processing, and civil construction industries of North America.
Previous Post
The Coal Mining Business Boom in Q4 2022
Next Post
Does the US Have a Horse in the Global Lithium Mining Race? 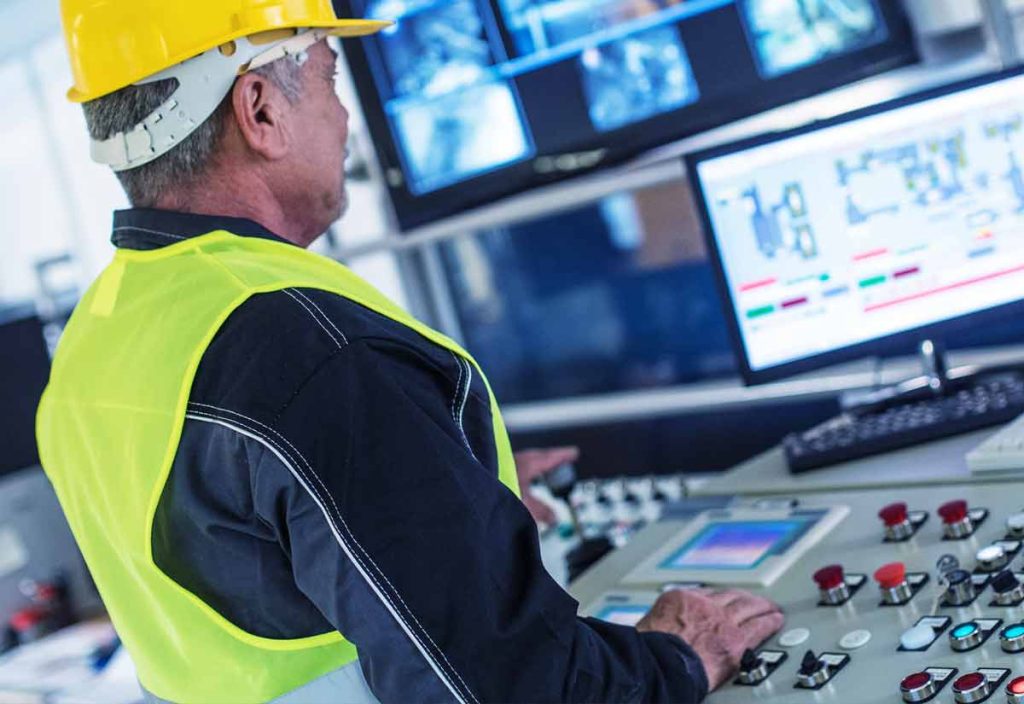